Master Class with Sumit Banerjee. It is not about perfection it is about direction. 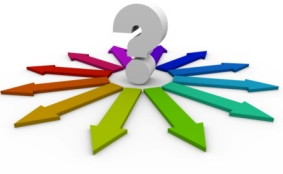 I was lucky enough to take a class with Sumit Banerjee, the founder of the Sumit Hot Yoga.  He was on one of his periodic visit to the Columbia Sumit Hot Yoga Studio. Each time he comes into town I try to attend one of his classes.

There is nothing like learning from the Master of the routine, exactly how he wants things done.   Sumits routine follows the same pattern each class with a sequence through warm up, balancing, standing, flow, spine strengthening, stretch, cool down.  Each Yogi puts there own emphasis on positions and tweaks things as they see fit.  So doing the class with Sumit was a window into the intentions and a view into the perfection of the practice.

I had to take it a little easy, due to a skinned knee I acquired hiking this weekend before. OK, so I have to digress for a second here.  So, I was hiking with a friend. It had rained so the leaves down on the path are wet and hid mud and rocks.   We were chatting about how people complain about doing paths with hills and thus didn't like to do the hike we were doing.  I said, all intellectually... "People complain about the up hills, but that is all on your cardio and pulmonary systems.  Going down hill is where you can really hurt yourself....." This is when I fell down hill.  I skinned my knee and bruised lots of things, skinned my hands a bit too.  However I saved the Iphone! Frankly, I was lucky as no major structural damage was sustained.

So, there I was, a few days later, gimping along in yoga class, trying to do the poses as well as I could, while listening to the wisdom Sumit was sharing.  Part way through the class he said something that really resonated with me.  He said that the practice was not about perfection it was about direction.  It was about moving in the right direction vs striving for a state of perfection.

As a yoga person, each practice you are usually looking for some message or intention. When I heard his message, my intention for this practice became clear. You see, I have been trying to start my own business, Buzz Well Media.  I have been running an indiegogo campaign trying to save a tomato, The Ivan Tomato Rescue Project.  I have been considering business ventures, client intentions, viability of options, and risking much each day.  Some days I have come out feeling confident and others I have questioned every move.

I have been reacting to new options with as much flexibility as my 46 year old mind and body would allow. Yet, I know that every decision I have make directly results in my families ability to go out to eat or not, to go to the movies or not, to indulge my children or not...

Each day, I fall short of perfection in many ways.  Now, keep in mind I am a very accomplished individual.  My resume attests that I do a lot of things and know a little bit about a lot of subjects. I am a Gemini, enough said. Yet this lack of reaching goals is hard on my over achiever self.  I have achieving but I have not over achieving, at times I even felt like I underachieved.

So, from this practice I realized that maybe I should not be judging myself based on the perfection, but more on the basis of moving in a direction that is positive.  The goal may be to focus instead in a direction that will bring about good progress allowing for breathing room.  This shift allows me to take three steps forward and then two back and then two forward and still feel like I have made progress.  It allows me to keep my head in the game and my soul too.   It allows me to look and see which direction might be best and point myself in that way without expecting perfection at every turn.

So regardless of if I save the Ivan, or build the biggest buzz for a client, or preserve the most food, or make the best dinner it all points me in a direction build momentum, leading me down the path I need.  One step and one pose at a time.
Posted by disgruntedfeminist at 7:04 PM No comments: