Yad Mordichai, flowers a wall and the reality of Gaza 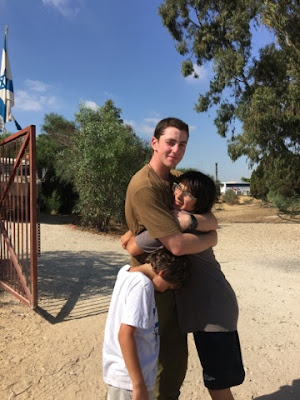 One of our last days in Israel was spent visiting my cousin who is doing his army service, stationed near Yad Mordichai on the Gaza boarder.  We drove out following our relatives in their car. We drove down the coast of Israel through Tel Aviv down to the top corner boarder of Gaza.  There stands a kibbutz named Yad Mordichai.http://www.yad-mordechai.co.il/

The kibbutz is named after Mordichai Anielewicz who was the first commander of the Jewish Fighting Organization that launched the Warsaw Ghetto Uprising.  The kibbutz lived up to it's name as during 1948 when kibbutz was attached by Egypt in the Battle known as the Battle of Yad Mordichai.

On the kibbutz is a museum spanning the time frame from the Polish resistance to the battle of Yad Moridichai. While it was good to see the info on the struggle for survival in Europe it was also great to see the efforts that went into creating and defending the kibbutz in hostile territory. 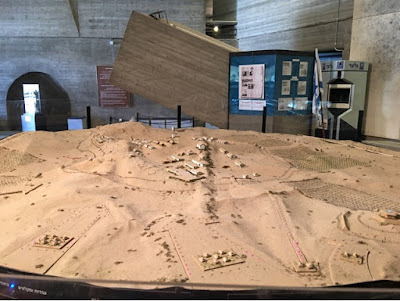 The kibbutz is known for it's honey production. It was an oasis in bloom. Where there is honey here are bees, and where there are bees there are flowers. Everywhere you looked there were flowering bushes, trees and plants.  It was a beautiful place.

It was Sabbath, the traditional day off in Israel.  While the museum was open, the store was not open to visitors during the Sabbath.  People were going about their business with baby strollers in tow having family time and chilling out.

We drove to the army outpost where my cousin was stationed.  It was a conglomerate of packing crates. One was a dormitory, one was a kitchen  and the last one was a bathroom and wash house.  The soldiers were kind and shared their supplies as we shared the lunch my cousin mom had the forethought to bring for her son and his fellow solders.  It was so great to see him doing so well. He looked strong, confident in what he was doing, and healthy. 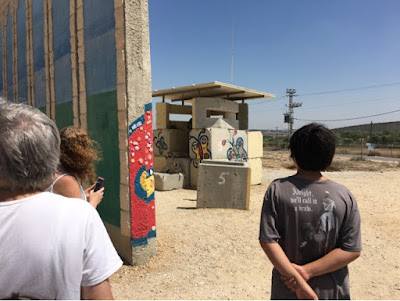 We all had a great time visiting. We got to walk around a little bit and see the wall to Gaza.  It was literally 100 meters away.  The wall had guard towers and looked ominous.  The tensions were strong.   Under us could have been tunnels that were to be used for surprise attacks and smuggling of weapons and people.

This was where the real conflict was still in play.  My cousin was doing active service in this area and understood more then he could say of what is really at stake.  Enough to say it was real, really real. 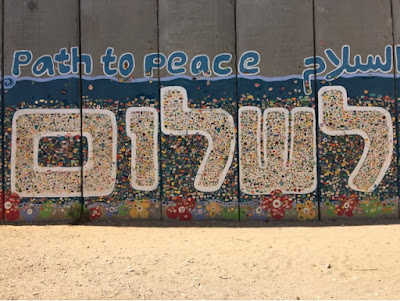 On the kibbutz side of the fence was a wall that was decorated by the kibbutz kids and members.  They had used all sorts of items to make a colorful mosaic of peace.   Each piece of the mosaic was hand made and decorated.  It was beautiful work and a beautiful message. The Path to Peace is the way Peace. Yet the contrast to the stark reality of the place was not lost on anyone. This beautiful kibbutz butted right up to a very violent and angry place. 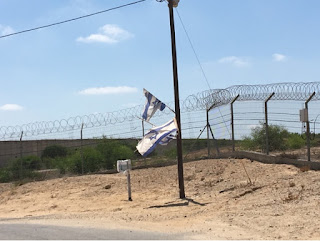 Posted by disgruntedfeminist at 6:04 AM No comments: