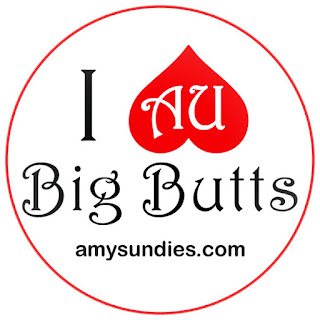 Amy Jones may seem like your ordinary Mother of two in America today, and in many ways, she is.  Along with at least 40% of the population of people just like, her she has a problem that needed solving.  Research shows that a huge percentage of women have more booty than underwear.  Amy dedicated to solving this problem one pair at a time with Amy’s Underwear.

Amy’s Story was very similar to many of our own. She was born and raised in St. Louis. Her father owned a flooring business and instilled the values of hard work in her life at a young age. She was a gymnast in her youth and enjoyed a relatively active lifestyle. She enjoyed math and science in school, maintained a high GPA, and was a leader in the drama club.  She taught in her church, after graduation. Amy subsequently had two boys, now ages 8 and 10, and continued with a predictable path of American Life.

The big one difference in Amy's Story, and to benefit of women with big buts everywhere, was that she was surrounded by the concept that a problem deserved a solution and that entrepreneurial ventures were possible.  Amy described her husband as being a serial entrepreneur. Together they had started several businesses and lived the world of possibilities. Amy had the skills and the drive to make a difference.

The problem Amy decided to solve was the ever-present issue of ill-fitting underwear.  The more Amy considered the situation the more she realized she was not alone. She discovered that the current sizing charts for underwear were way out of date and out of shape. She also discovered that not a single manufacturer was making underwear for women with more booty.  Amy became energized with the concept of helping all women feel more comfortable and covered in their underwear.

Amy started with her personal research by going out and spending $500 on different types of underwear and trying everything on.  It turned out that none of them fit right, she has too much butt for the fabric provided.  They all ended up with the inevitable riding up feeling.  No underwear covered the situation well.  She could not wear underwear that was cute, or athletic or even comfortable.  Underwear that fit the booty invariably gaped at the waist, while those that fit the waist rode up and became a thong.

She started researching what the fashion world was doing about this problem. She found that a major jeans manufacture had done a survey of over 60,000 women from all around the world, and found that the issue was a difference between the low and high hip.  This was where the muscles of the buttocks hit.  The standard difference was 2.5 inches but the real difference, found by the survey, was a difference of 6 inches.

Amy never dreamed of being a fashion designer. She learned to sew when she was 8 years old to make her own costumes for Halloween. Never did she dream she would end up using her skills to try and save women from constant discomfort.  She began sewing prototypes, experimenting with different fabrics, elastics, and styles. She realized that her dream of having correctly fitted underwear was possible.

Amy worked on creating the prefect sizing chart.  This was a grueling process and involved hiring a patent attorney and expanding the categories to women’s sizing to include the tops as well as the bottoms.  Amy wanted to create a realistic sizing chart that manufactures could use to help all women feel comfortable.  The sizing chart was submitted for patent and the processed became a reality. 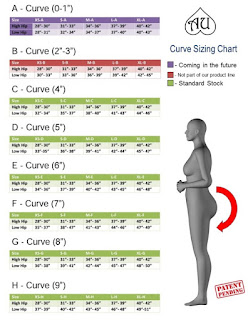 The next step was how to bring this great fitting underwear to the public.  She knew she could not complete with the major brands that were all doing it wrong anyway.  Amy decided to use crowdfunding to launch Amy’s Underwear.  She made a home-grown video filmed right in her living room, while the kids were at school.  She made her logo herself and bootstrapped the entire process.  She decided on a pricing model that would make it possible to create a great quality product and still leave her garments in the same ball park as others specialty underwear.  She launched her Indiegogo on her 34th birthday of November the 6th 2016.

Amy’s target market was every woman.  Her market was active women that love to dance and do physical activity, the woman that enjoy weight lifting and being trim and the women with a pear or an hour glass shape.  Most importantly the market was women that has spent years, if not decades, feeling uncomfortable in her own clothing.  Amy created Amy's Undies, with it's tag-line 'I love big Butts' to help everyone woman with this incredibly sensitive issue.

If you have resonated with this story you might be asking yourself, how can can I help, and how can I get my hands on some of those Amy’s Undies?  If you have felt that horrible feeling of your underwear riding up or fitting ill, you are the woman Amy’s Undies is meant to help.   Check out the Indiegogo site and become one of the first women to get your own Amy’s Undies.  You can also help by sharing this campagin with family and friends and even getting a pair for a friend that has this same issue.  You can also follow Amy's Journey through social media on facebook.

Amy’s Underwear has an initial target of $15,000 to bring this dream into reality. The initial release will be underwear in 15 sizes and in bikini, boy-shorts, and cheeky styles. Check out the styles here.  If you are wondering which sizes you are check out this sizing video.   She has created stretch goals that include 9 more plus sizes, and a rainbow of color options.  Supporting this dream can be done easily enough and can result in the first good fitting underwear you have ever had.

So if you Love Big Butts, or have this same issue, support Amy's Undies and lets make change to fit all women where it counts.